From Pathologic Wiki
Jump to: navigation, search
This entry refers to content from the original Pathologic (2005) and the Pathologic Classic HD remaster. It has nothing to do with the sequel.

It was published in Russia and other CIS countries by Buka Entertainment. The game was published in Europe on 18 August 2006 by G2 Games. An updated version of the original game titled Pathologic Classic HD, featuring a new English translation, updated graphics, and enhanced compatibility, and was developed by General Arcade for Microsoft Windows. It was released on 29 October 2015, being published by Gambitious Digital Entertainment and Devolver Digital.

Pathologic is a story told through three characters who are mostly known by their titles: the Bachelor (Бакалавр), the Haruspex (Гаруспик), and the Changeling (Самозванка). Each of them tries to uncover the source of a strange lethal sickness known as the "sand plague" that has befallen a small town. Players can play as each of them and although there is only one storyline, each character has a different point of view that can provide the player with information and insight that they didn't have before. The ability to uncover some secrets depend on which character is being played and the characters also interact with the other two non-chosen characters and discuss their progress over the course of the game.

The game takes place in a perpetual world over a time frame of 12 in-game days. Throughout each day, the player receives quests from non-player characters (NPCs); however, the game continues regardless of whether they are completed or not. At exactly midnight of each day, that day's quests are erased from the player's notebook. Quests are divided into main missions (one per day) - which decide if a major character become infected - and side quests, which may earn money and items. Completing main quests is essential to discovering the secrets of the town, as characters who would otherwise reveal information later in the game can fall ill from the Plague early.

The player's other goal is to survive to the end of the 12 days by maintaining various resources. The game's fluctuating economy represents the harsh forces of supply and demand in an isolated, disease-ridden town. On the edge of town, there is a great building named the Polyhedron (Многогранник), a geometrically impossible structure used as a fortress by children. On the opposite side lies the ominous cattle-slaughtering Abattoir, with the Termitary next to it. All districts and major buildings of the town are named after body parts and biology.[1]

→ A full list of those mentioned in the credits of Pathologic can be found here.

Pathologic was the first game developed by Russian studio Ice-Pick Lodge.[2] The game was announced by Russian publisher Buka Entertainment on 30 March 2004, intending to release in the last quarter of the year.[3][4] The native Russian version of the game was released to manufacturing on 31 May 2005, for release on 9 June. The English-localised version was completed on 20 November 2005 and released by G2 Games in 2006. A German version was published by Frogster Interactive Pictures on 20 April 2006 after being released to manufacturing earlier that month.[5][6]

Ice-Pick Lodge stated in November 2013 that it was looking to remake Pathologic and using crowdfunding to finance such a remake's development.[7] The developer confirmed the remake's development in July 2014 and launched a Kickstarter crowdfunding campaign that September.[8][9] This campaign sought to raise US$250,000, which it reached by the end of the month, and ended in a total of $333,127 backed by 7,139 people.[10] In October 2015, Ice-Pick Lodge announced Pathologic Classic HD, a remaster of the original Pathologic developed by General Arcade and published by Gambitious Digital Entertainment.[11] This remaster introduced upgraded visuals, fixed bugs, re-recorded dialog, and a re-translated English script. Pathologic Classic HD was released on 29 October 2015.[12][13] 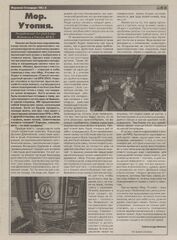 Pathologic was critically well received, winning five major Russian awards. However, its reception in English-speaking countries was varied, being both praised for its remarkable atmosphere and concept while equally panned for its poor translation, outdated graphics and slow gameplay.

Since release, the game has become a cult classic, with Rock, Paper, Shotgun notably writing a 3-part article on the game describing it as "the single best and most important game you've never played."[14]

The remaster received generally favourable reviews, according to Metacritic.[15] We've Got This Covered gave it 3.5/5 stars, saying "Pathologic Classic HD is a solid example of something that can have a small rebirth in a saturated market for anyone who may have missed it the first time round."[16] It has been panned as widely successful on Steam [17] with a Very Positive overall review score.

These badges are only available on Steam for Pathologic Classic HD, and are unavailable on GOG.com.

Full images of the Steam profile backgrounds and trading cards available for Pathologic Classic HD. Similar to the badges, these are unavailable on GOG.com.

Pictures from the alpha, demo, and pre-release development. Some images are promotional images using resources and models from pre-release. Taken from various sources, such as RPixels.com, GamingExcellence.com, and StopGame.ru.